Deer Lodge Montana is not only home to the fascinating Grant-Kohrs Ranch National Historic Site, but Deer Lodge Montana is home to more museums and historic collections than anywhere else in the entire Northwest.  Conveniently located along Interstate 90 about 37 miles northwest of Butte Montana, Deer Lodge Montana is really a “must see and explore” during your Montana vacation, especially if you’re interested in Montana history.  This is also where David’s (founder of EnjoyYourParks.com) mother spent her childhood. 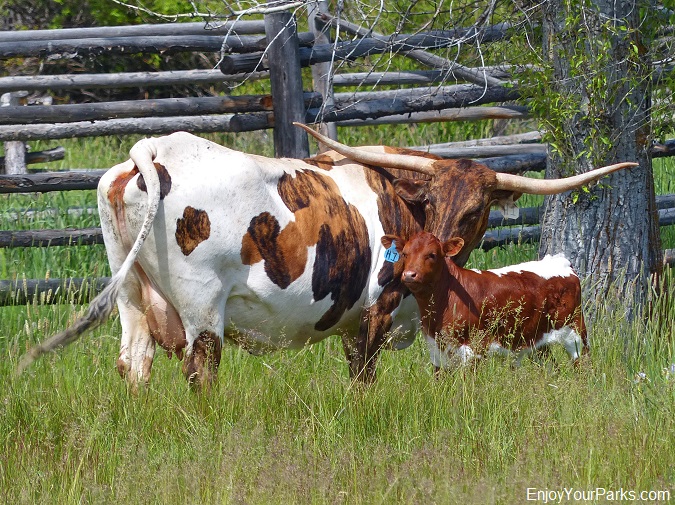 The Grant-Kohr Ranch National Historic Site located in Deer Lodge Montana is truly a national treasure and a “must see” for anyone interested in Montana history... and more specifically the “Cattle King Era” in the late 19th century. The Grant-Kohrs Ranch was built in 1862 by a Scottish/French fur trader and trapper by the name of Johnny Grant, and eventually became home to one of the most famous “cattle kings” in Montana named Conrad Kohrs.  The valley in which Deer Lodge is located, including the Grant-Kohrs Ranch was perfect for raising cattle as there was plenty of grassland in the valley, and the temperatures during the winter were quite mild compared to the area around this special valley.  In fact, the name “Deer Lodge” actually resulted from this valley being a winter haven for deer and other animals because of its pleasant climate. 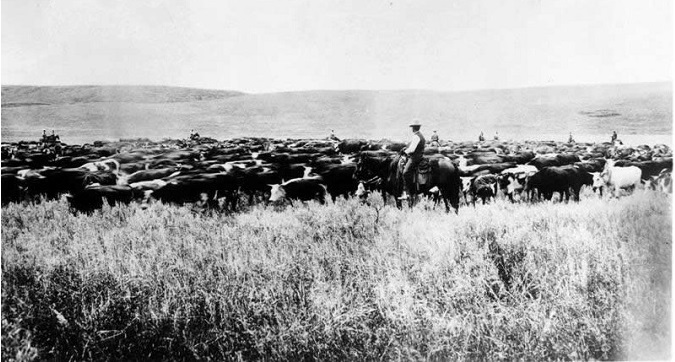 Herd of cattle during the great "Open-Range Cattle Era" of the late 1800s.  Courtesy of Montana Historical Society. 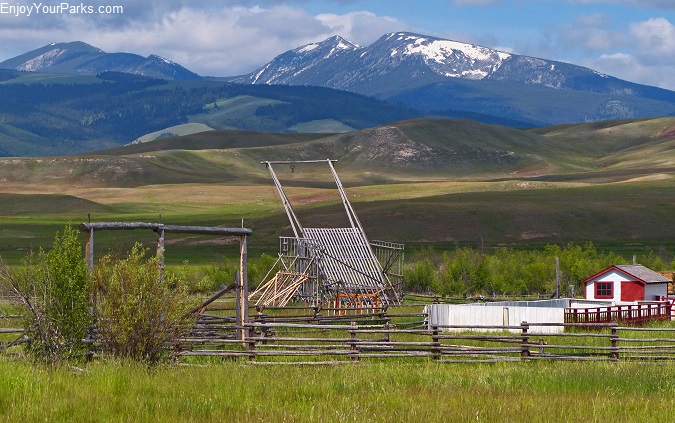 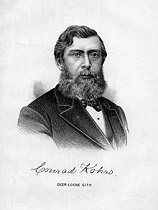 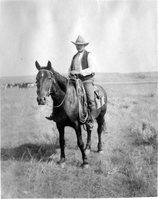 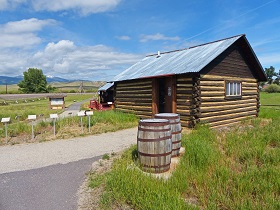 At the height of Conrad Kohrs’ reign, his land holdings covered over ten million acres throughout Montana, Wyoming and Alberta Canada.  This was during the great “Open-Range Cattle Era” of the Great American West, which involved vast “open range” cattle grazing, and the famous drives from Texas to Montana.  This was the golden years of not only gigantic open range cattle dynasties and wealthy cattle barons, but the golden age of the true American Cowboy in which legends were made.  Once the main obstacles for the cattlemen were subdued, which were Indians and buffalo, the open range cattle industry boomed.  But as with all “booms”, there was a “bust”.  Only thirty some years after this legendary industry took hold in the West, over-grazing became an issue.  Then, compounded by the over-grazing, the epic winter of 1886-87 came and wiped out nearly half of the cattle population throughout the West.  Most ranches did not recover, and the final nail to the coffin to this legendary time in American History was the homesteader who came with a new invention called “barbed-wire” and settled the West, 160 acres at a time.  This marked the end of the “Great Cattle Era” of the West. 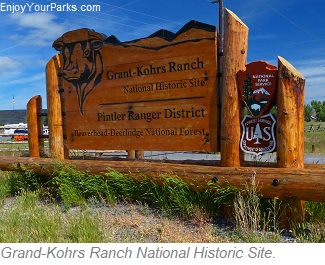 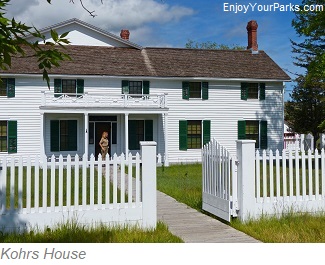 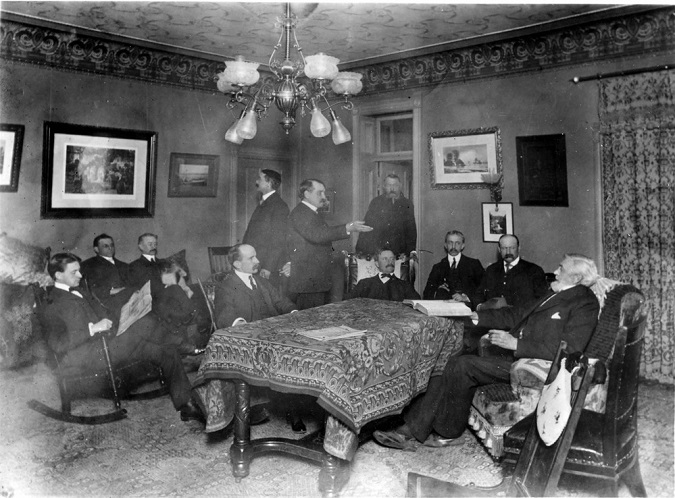 Conrad Kohrs, Cattle Baron, with his associates in the parlor of his Kohrs House, which visitors can see during their tour of the Kohrs House in the Grant-Kohrs Ranch National Historic Site in Deer Lodge Montana. (Photo courtesy of Montana Historical Society.)

The Grant-Kohrs Ranch National Historic Site includes the original Kohrs’ mansion, blacksmith shop, barns, ranch sheds and much more, all on this expansive 1,500 acre site.  Visitors take a remarkable step back in time as they rediscover the great “Cattle Era” in the heart of one of the largest ranches in American history.  You will find real cowboys, horses, horse-drawn wagons, cattle and blacksmiths, and a guided tour of the remarkable Kohrs House. The Grant-Kohrs Ranch National Historic Site does a fantastic job in helping visitors understand and learn about the Great Open-Range Cattle Era through very well done interpretive signs throughout the Site, a well educated staff and tour guides.  You will leave the Grant-Kohrs Ranch National Historic Site with a deeper understanding and respect for this remarkable period in the Great American West. 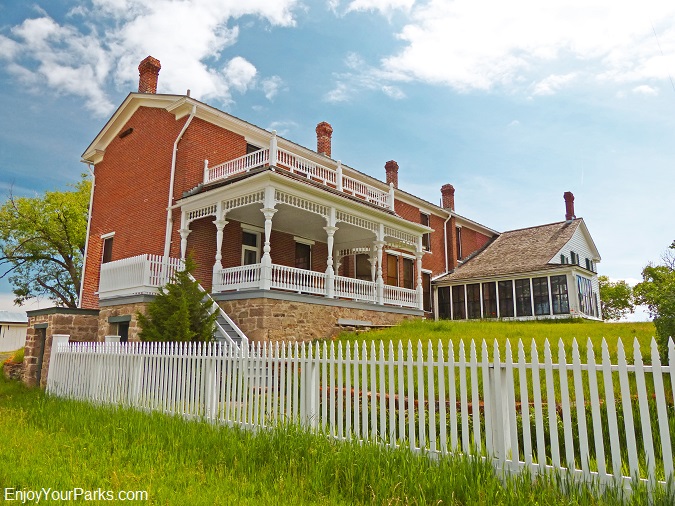 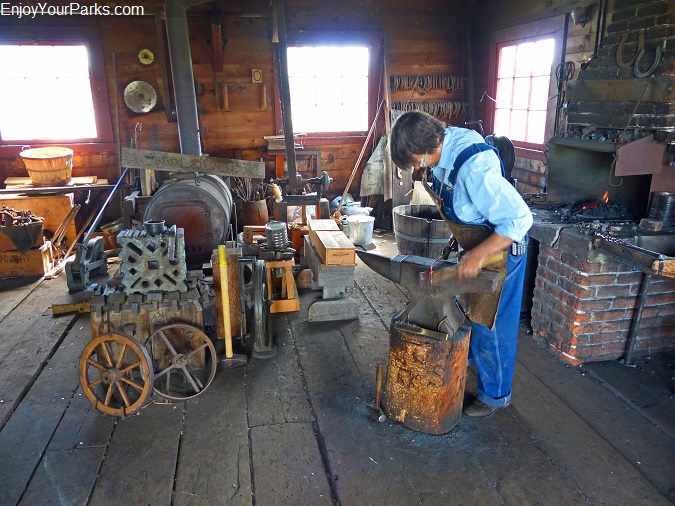 Cowboys watching their herd during the "Open-Range Cattle Era" of the Great American West.  Photo courtesy of the Montana Historical Society.

“Waiting for a Chinook”

And interesting side note is about a young cowboy employed by Conrad Kohrs who was working at one of Kohrs’ ranches near Hobson, Montana.  During the winter of 1886-87, as cattle began to perish due to the relentless snow storms and frigid temperatures, Kohrs’ sent a letter from his headquarters at the Deer Lodge ranch to his ranch near Hobson Montana, asking for a report on what was happening.  The young cowboy was placed in charge of reporting back to Mr. Kohrs, but instead of writing a letter, he simply painted a postcard-sized watercolor of a starving cow with hungry wolves waiting for the inevitable, with the words, “Waiting for a Chinook. Last of 5,000”.  Conrad Kohrs was impressed by this young cowboy’s artwork, and posted it in a store-front in Helena, Montana following the horrific winter.  People took note, and this young cowboy’s career as an artist was born.  The name of this young cowboy was none other than Charles M. Russell. 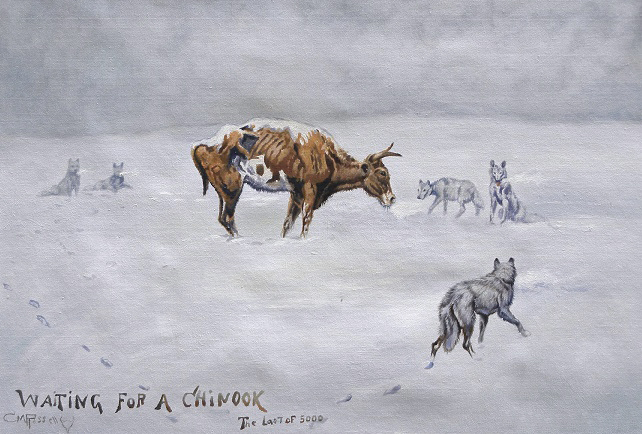 The famous watercolor painted by Charles M. Russell perfectly describing the winter of 1886-87 to his boss, Conrad Kohrs.  No words could have been more effective in telling the story of what was happening.

In Conrad Kohrs’ own words regarding the great open-range cattle era that came and went:
“They were a rugged set of men, these pioneers, well qualified for their self-assumed task.  In the pursuit of wealth a few succeeded and the majority failed,... the range cattle industry has seen its inception, zenith and partial extinction all within a half-century.  The changes of the past have been many; those of the future may be of even more revolutionary character.” 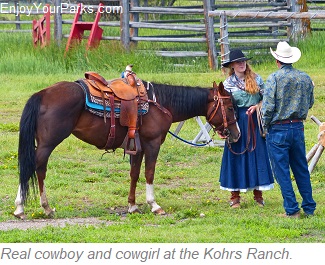 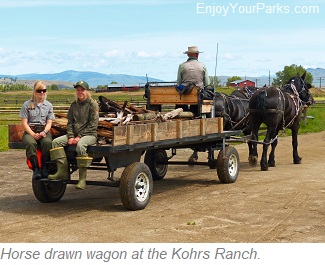 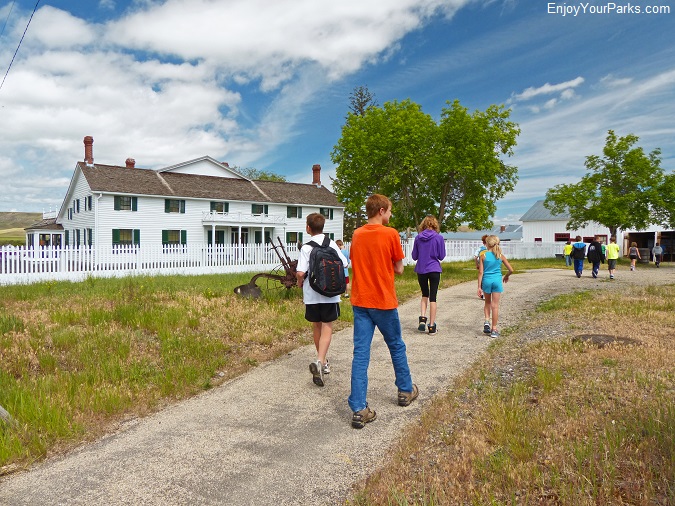 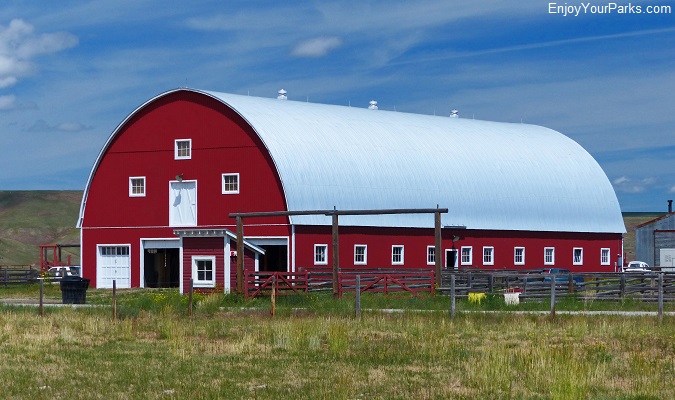 Grant-Kohrs Ranch National Historic Site is a great place to learn about the "Open Range Cattle Era", where the Kohrs ranch was one of the largest ranches in America at the time.

One of the most famous historic structures in Deer Lodge Montana is the old Montana Prison, which is now called “The Old Prison Museum”.  This museum complex includes automobile museums, an antique museum, a theater and the former Milwaukee Road “Little Joe” electric locomotive.  This locomotive represents the remarkable railroad history in and around Deer Lodge Montana, adding to the amazingly colorful history of this fascinating area. 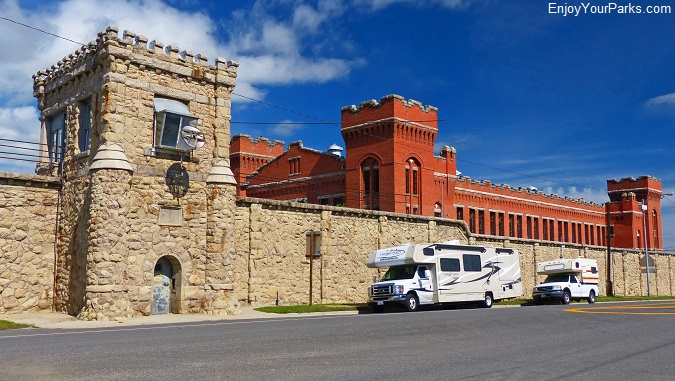 Old Montana Prison, which is now home to the Old Prison and Auto Museum Complex in Deer Lodge Montana. 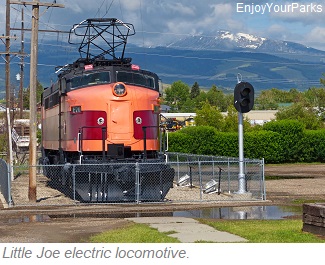 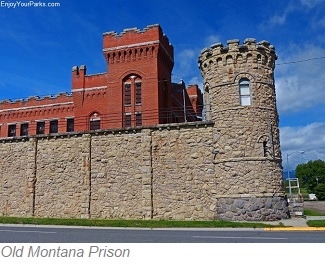 Built in 1902, the William K. Kohrs Memorial Library was given to the community of Deer Lodge by Conrad Kohrs and his wife Augusta, who were some of the most successful cattle barons in the country at the time.  This granite and sandstone building has a remarkable interior, featuring a colored glass central dome, wonderful oak woodwork and much more.

Built in 1921, the historic Rialto Theater in Deer Lodge Montana remained completely original until a fire destroyed much of the interior in 2006.  After a remarkable fundraising project that included not only local contributions but donations from around the country, the stunningly ornate interior was either successfully restored, and in sections rebuilt to bring back the charm and magic of this special theater.  (Note: David’s mother grew up in Deer Lodge, and clearly remembers as a young girl watching movies in this grand old theater every Friday and Saturday Night.) 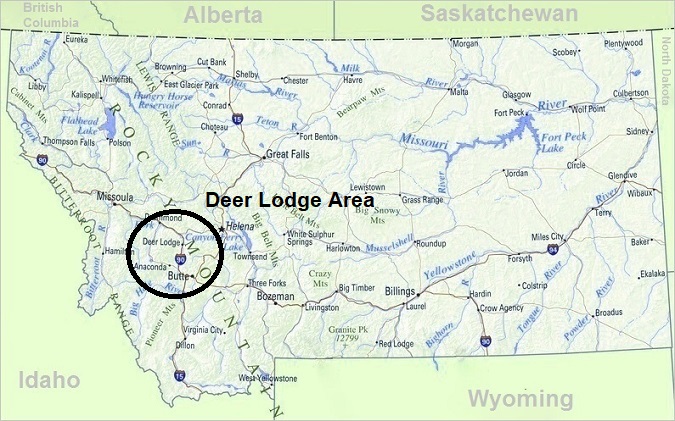