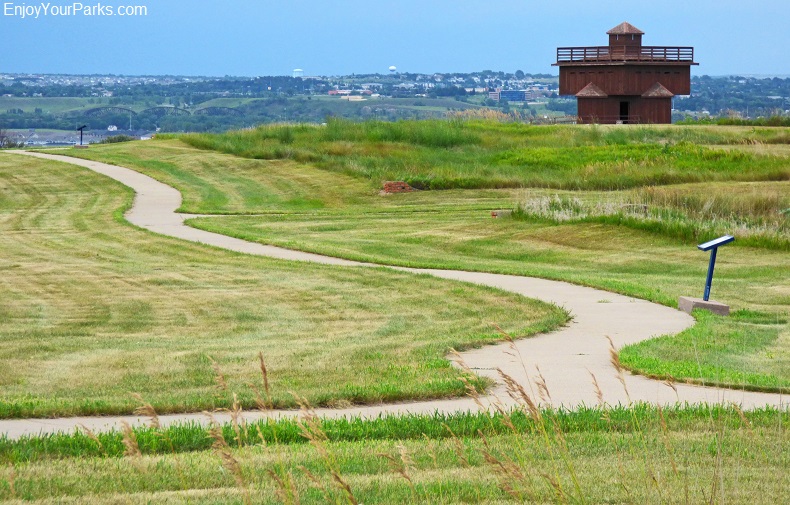 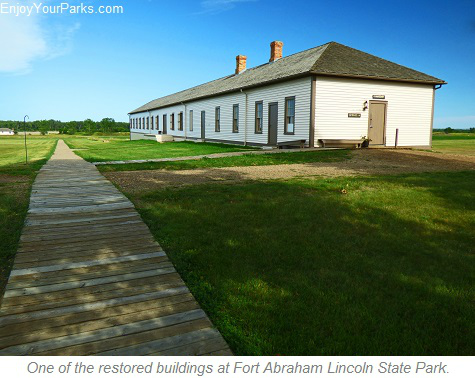 Fort Abraham Lincoln, which is located 7 miles south of Mandan on Highway 1806, served as a very important cavalry and infantry post during the Indian Wars of 1870s.  Fort Abraham Lincoln, however, is
probably best known as the home of Lieutenant Colonel George Armstrong Custer and the Seventh Cavalry before they rode their way to the Battle of the Little Big Horn, also known as Custer's Last Stand.

However, long before Fort Abraham Lincoln was built, Mandan Indians inhabited this area and lived in earth lodges here from approximately 1570 to 1791.

Today, this area is now Fort Abraham Lincoln State Park, which is home to not only a fascinating reconstructed military post that includes Lieutenant Colonel George Armstrong Custer's home known as "The Custer House", but also the On-A-Slant Indian Village, which includes several reconstructed earth lodges where the Mandan Indians once thrived for hundreds of years. 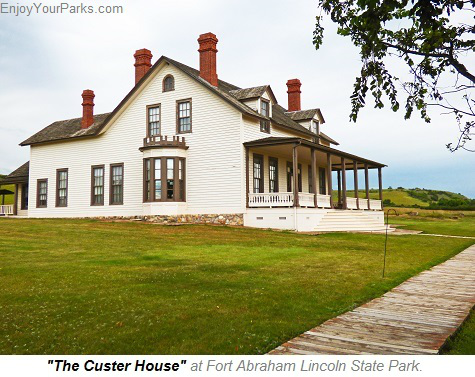 Lieutenant Colonel George Armstrong Custer and his wife Libbie lived at Fort Abraham Lincoln from 1873 to his death at the Little Big Horn Battlefield in Montana during the summer of 1876.

In 1907, President Theodore Roosevelt designated this area as Fort Abraham Lincoln State Park, and in the 1930s, the CCC began to reconstruct several of the buildings that were once part of this historic fort.
Today there are eight major fort buildings that include several blockhouses, a stable building, the fort's theater, a barracks and the Custer House.

Museum Center
There is a terrific Museum Center that is a "must see" while spending time at Fort Abraham Lincoln State Park.

This informative and interesting museum center really takes you back to the time Fort Abraham Lincoln was a busy military establishment.

There are many wonderful artifacts as well as outstanding displays that tell you the story of this historic place.

Modern Campground, Walking Trails
There is also a Modern Campground that is located in a beautiful wooded area.  Walking Trails are also provided that take visitors through the park...and offer a gorgeous panoramic vista on a high hill where several blockhouses stand guard over the fort.  There are also cornerstones that were placed in the 1930s to indicated where the buildings were located throughout the fort. 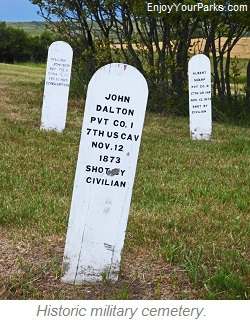 There is also a cemetery on this hill which is fascinating to visit as this was where a fair number of cavalry and infantry troops of Fort Abraham Lincoln are buried.  As you stroll through this fascinating old cemetery, you really need to read the wooden grave markers as they tell you how they met their maker...whether it be murder, injury, disease or a number of other ways these troops ended up in this cemetery.

Daily Tours
The staff provides daily tours of the both Fort Abraham Lincoln and the On-A-Slant Indian Village and are very much worth your time... And a special treat awaits you as there are staff members dressed in period military uniforms during your tour of Fort Abraham Lincoln, which really brings this historic fort to life....and they are in character, so when you ask them questions, they will respond as if they were living in this fort in the 1870s! 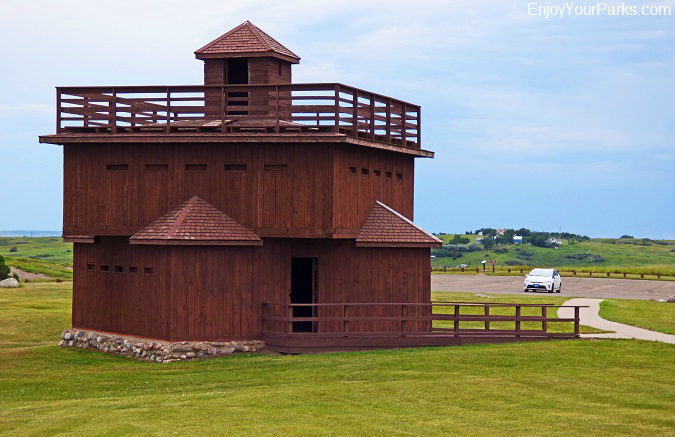 The On-A-Slant Indian Village is also a very popular attraction at Fort Abraham Lincoln State Park, and is very much worth your time exploring.

There are several reconstructed earth lodges where Mandan Indians lived from about 1570 to 1791.

These Mandan Indians established a village at the confluence of the Missouri River and Heart River in the 1570s, and built many earth lodges here.  They hunted bison and grew crops to survive...and actually thrive. But a few hundred years later there was an outbreak of smallpox that dramatically decreased the population, and the few survivors left the area and established a new village to the north in the early 1790s.   The park staff provides tours of this fascinating reconstructed earth lodge Indian village daily, and we highly recommend taking this interesting tour. 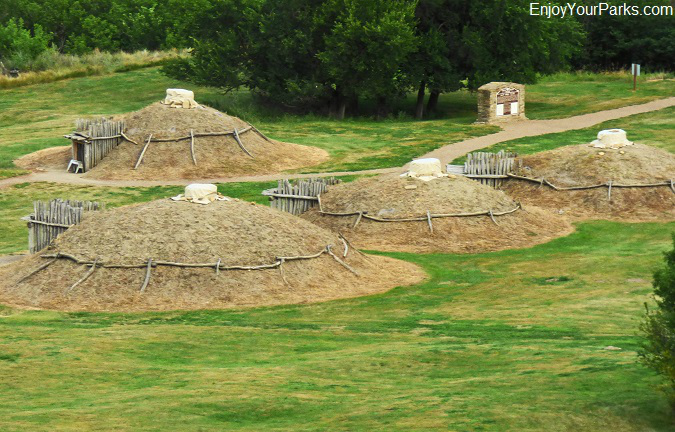 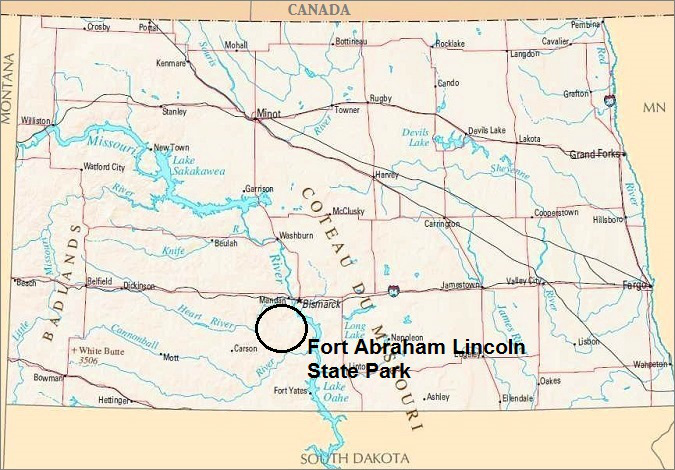