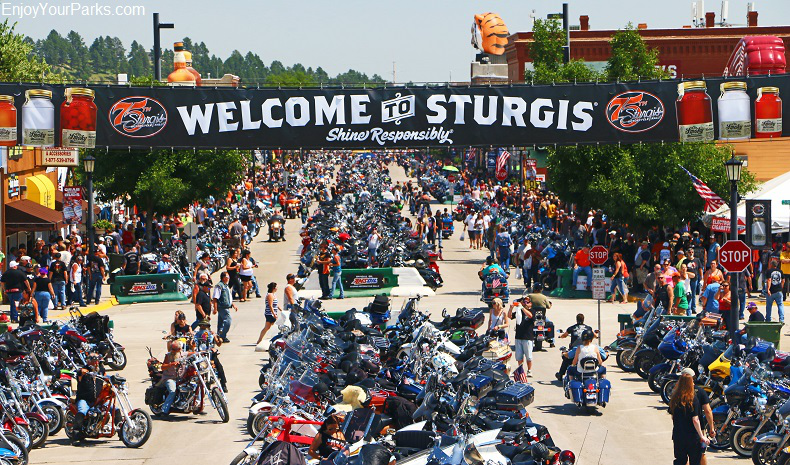 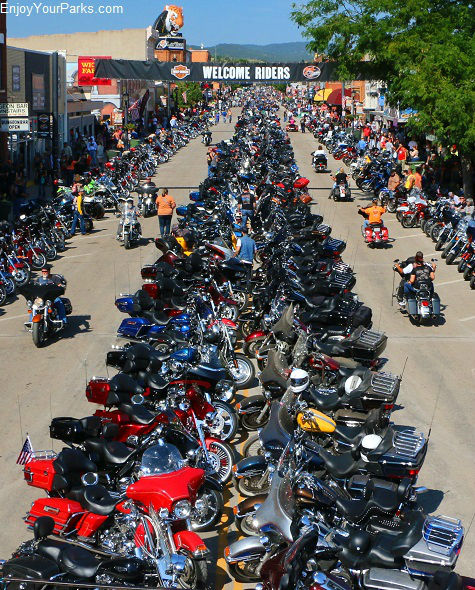 The Sturgis Motorcycle Rally the the Black Hills of South Dakota is one of the largest motorcycle rallies in the world. Located in the small town of Sturgis, South Dakota, having a population of only about 6,600
residents, during the first full week of August every year, the population sky rockets to nearly a million people!

The Sturgis Motorcycle Rally has been held every year since 1938 except during WWII, and is why you will see so many motorcycles throughout the Black Hills area during late July thru mid-August.

And of course the Sturgis Motorcycle Rally is not intended for children, and is therefore not a "must see" by the typical South Dakota vacationer, but we felt we needed to mention it because it's definitely for everyone who loves to ride motorcycles or dreams of riding a motorcycle!!! 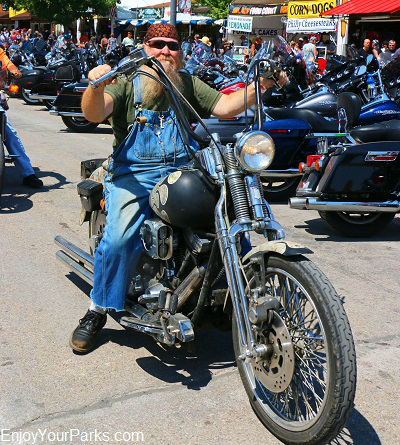 The very first "Sturgis Motorcycle Rally" was launched on August 14, 1938 with the first event being a motorcycle race with nine participants called the "Black Hills Classic".  There was a very small audience in attendance. Little did they know what this would lead to... which is one of the largest motorcycle rallies in the world!  The fabled Jackpine Gypsies were inducted into the Motorcycle Hall of Fame in 1997, and the group's founder Clarence Hoel was inducted a year later. 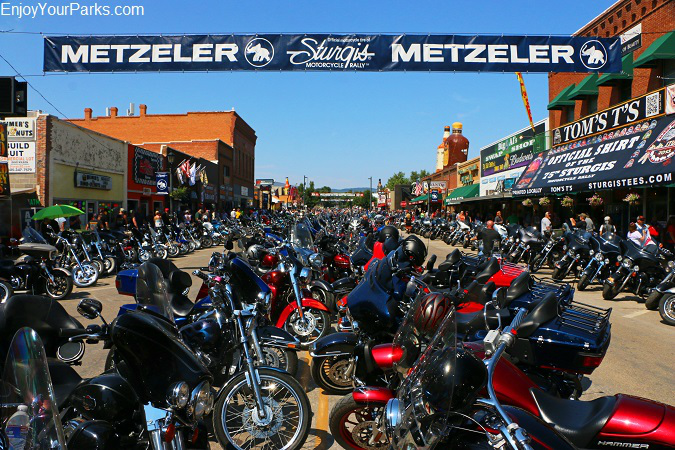 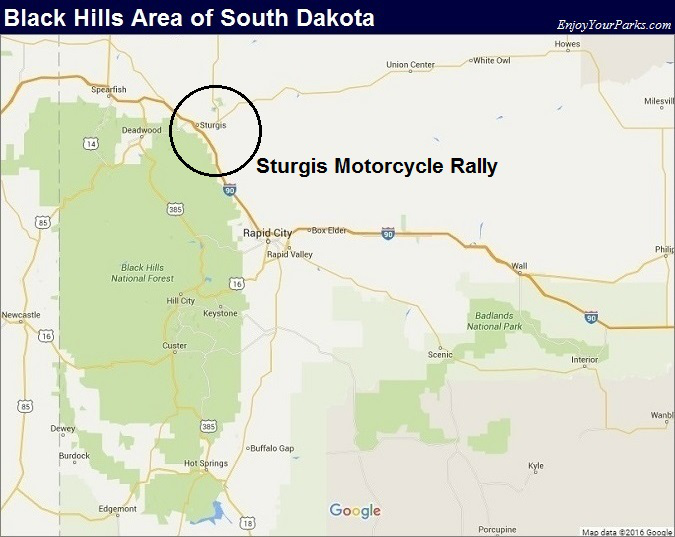 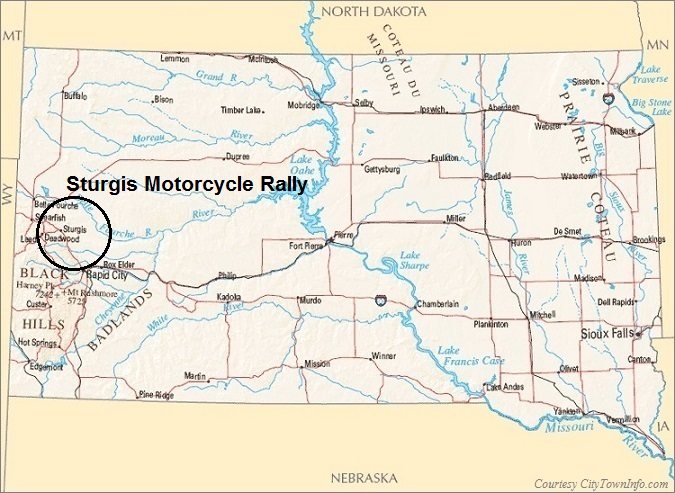