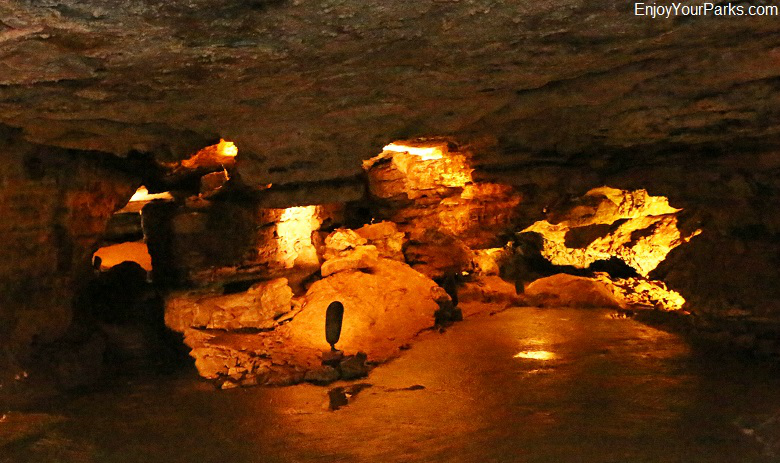 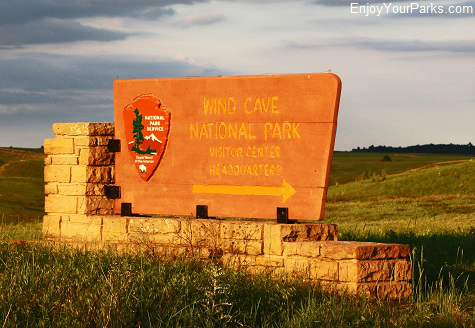 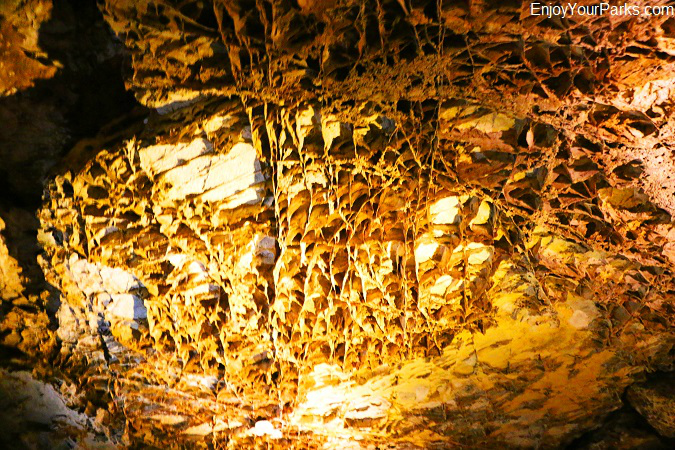 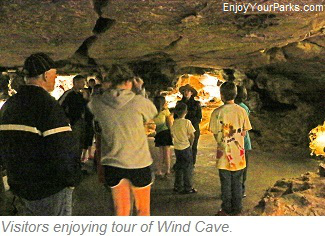 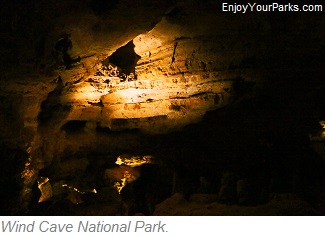 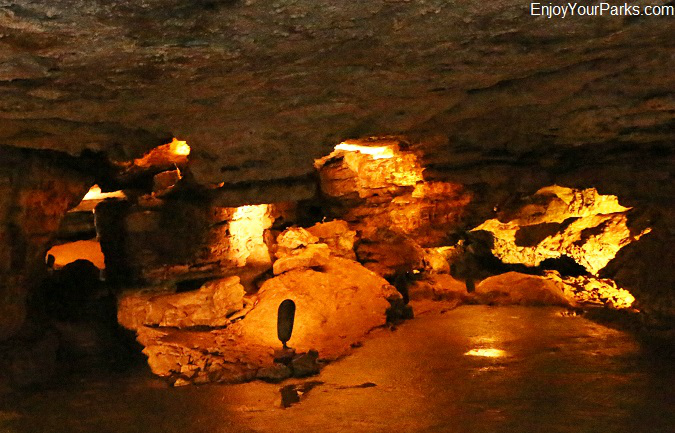 Wind Cave National Park is the sixth longest known cave in the world. 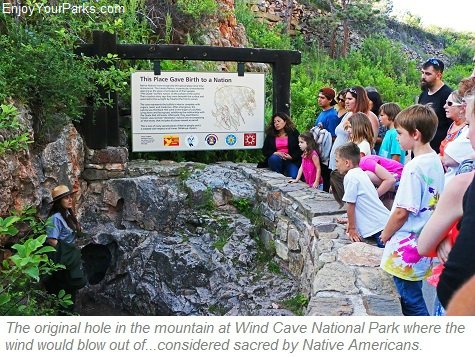 in 1903, President Theodore Roosevelt established Wind Cave National Park as the nation's seventh national park as well as the first cave on earth to be designated a national park.  This 33,847 acre national
park is visited by well over a half a million visitors each year, and is considered a tremendous national treasure.
For hundreds of years, several Native American tribes such as the Lakota and Cheyenne were very aware of the Wind Cave's existence. They spoke of a hole that blew air and considered this place to be extremely sacred. Native Americans felt that this was the site where they first emerged from the underworld prior to the creation of the world.

Even though there is strong evidence that not only Native Americans but also early Euro-American settlers were aware of the hole in the mountain, there is no evidence that any of them entered the cave. The first documented discovery of Wind Cave National Park were by two white Americans in 1881 by two brothers that heard wind rushing out of a 10 inch by 14 inch hole in the ground. Legend has it that when Tom and Jesse Bingham heard the wind, Tom looked into the hole and his hat was immediately blown off.

WInd Cave National Park has several paved roads that take visitors through a very diverse ecosystem where western and eastern plants and animal species co-exist.  Animals such as elk, bison, coyotes, badgers, ermines, black-footed ferrets, cougars, pronghorns and prairie dogs are just some of the animals that are found throughout Wind Cave National Park.  The Wind Cave bison (buffalo) herd is just one of four genetically pure, free-roaming bison herds on public land in North America.  The other three include the Yellowstone Park bison herd, the Henry Mountains bison herd of Utah and the Elk Island bison herd found in Alberta Canada.  In addition to the paved roads, there are over 30 miles of hiking trails that make the entire park accessible. 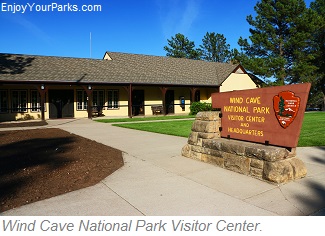 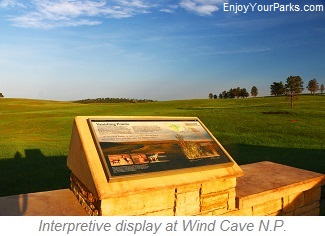 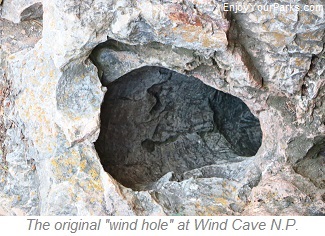 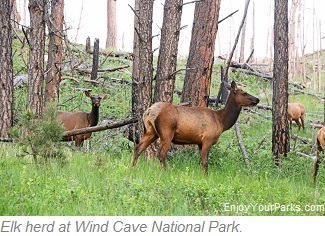 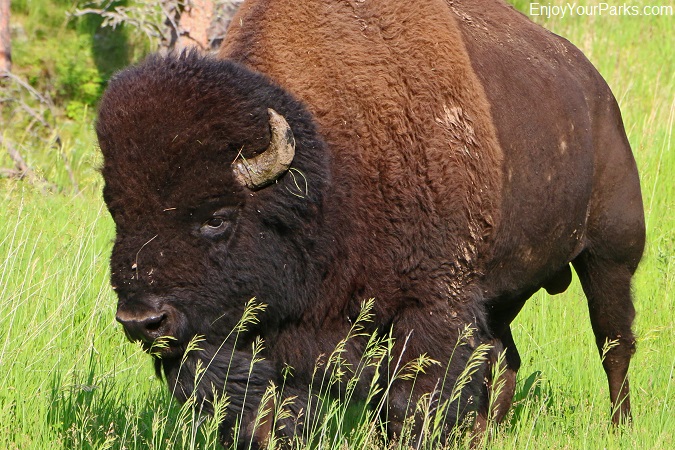 The Wind Cave Buffalo Herd is only one of four herds in North America that are genetically pure.

An extremely informative Visitor Center is found at Wind Caves National Park that truly helps visitors understand exactly what awaits them as they travel through the park and the WInd Cave.  There are three exhibit rooms that feature early cave history, the geology of the cave and the wildlife found at Wind Cave National Park. 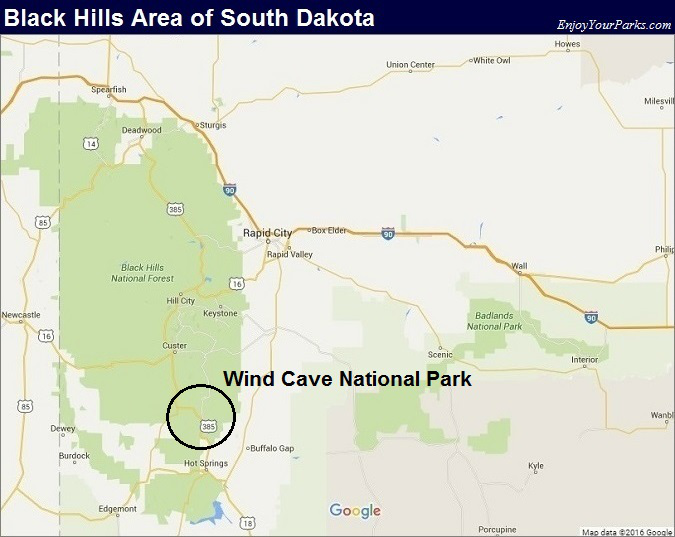 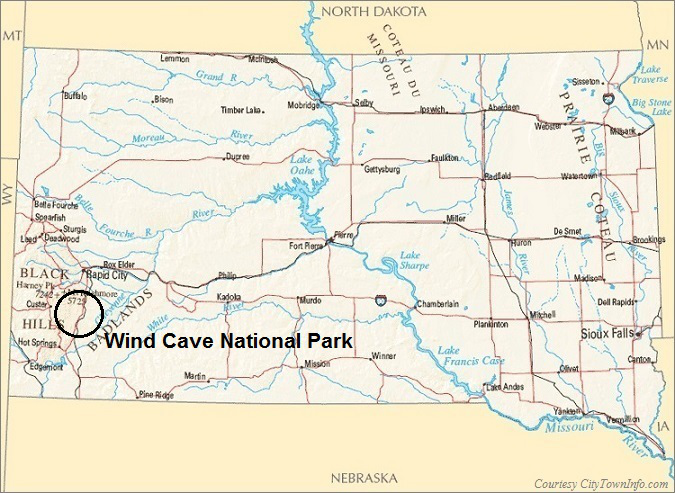