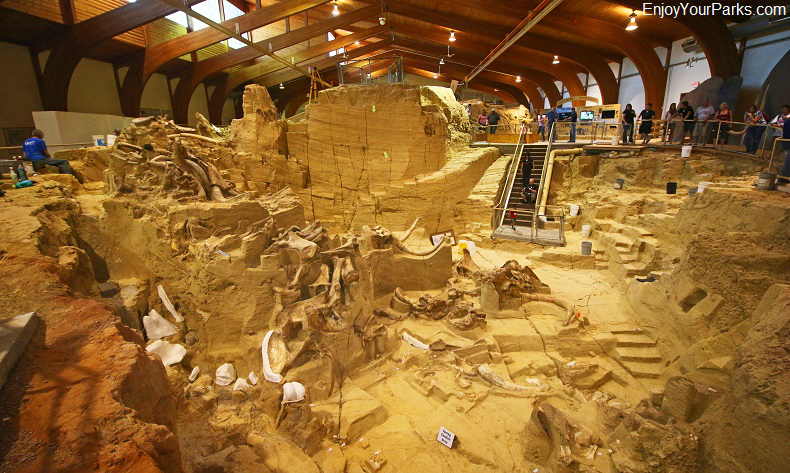 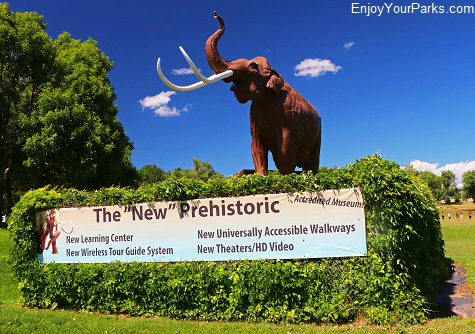 The most significant discovery was that of Mammoth bones, which were found at the Mammoth Site in 1974.  Upon this amazing discovery, a building was erected over the Mammoth dig site, and a museum was built.

Today, the Mammoth Site Museum contains a tremendous collection of mammoth remains, and the excavations and subsequent research continue at the site and are ongoing.

Approximately 26,000 years ago, a cavern located at the Mammoth Site near Hot Springs, South Dakota collapsed.  This resulted in hole in the ground that was about 65 feet deep, 140 feet wide, and extremely steep-sided.  Then warm spring water created an inviting pond that attracted many species of wildlife such as giant short-faced bears, American camels, llama, shrub oxen, coyotes, wolves, minks, birds, prairie dogs, moles, ferrets, snails, slugs, clams and several other species including at least 61 individual mammoths visited, and once they entered the pond they couldn't get out! 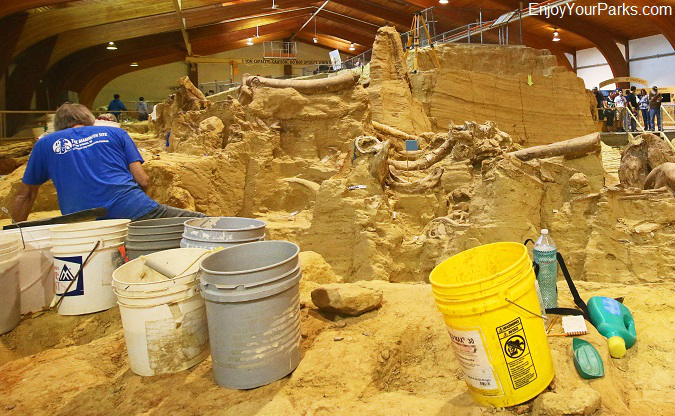 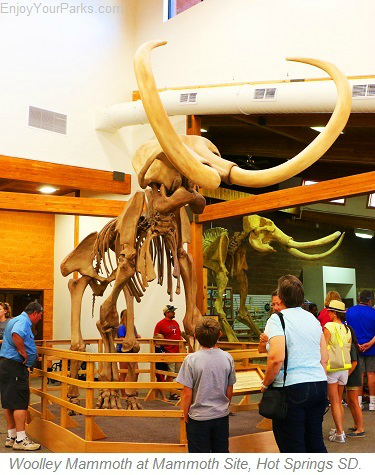 In time, over the next 300 to 700 years, this "hole" at the Mammoth Site near Hot Springs, South Dakota filled with sediments and preserved the remains of all of these animals.  And keep in mind, these remains are not mineralized "fossils" but instead are actually "preserved" by the thick clay and silt.  And what is quite fascinating is that most of the 61 mammoths that met their demise in this "pond" were young males. This is consistent with elephants of today, where the young males are known to be the "risk takers".

A majority of the mammoths found at the Mammoth Site near Hot Springs, South Dakota are known as Columbian Mammoths, however three Woolly Mammoths have been found here as well.

1974 marked an important year for the dig site, as this is when a construction worker by the name of George Hanson inadvertently dug up some very unusual bones while preparing for a new subdivision.

After further digging, he found a complete Mammoth skull and tusk.  In time, this incredible discovery led to the Mammoth Dig Site and Museum, which quickly gained international notoriety.   In 1980, the Mammoth Site and Museum near Hot Springs, South Dakota was designated a National Natural Landmark.

Mammoth Dig and Museum: A Journey Through Time 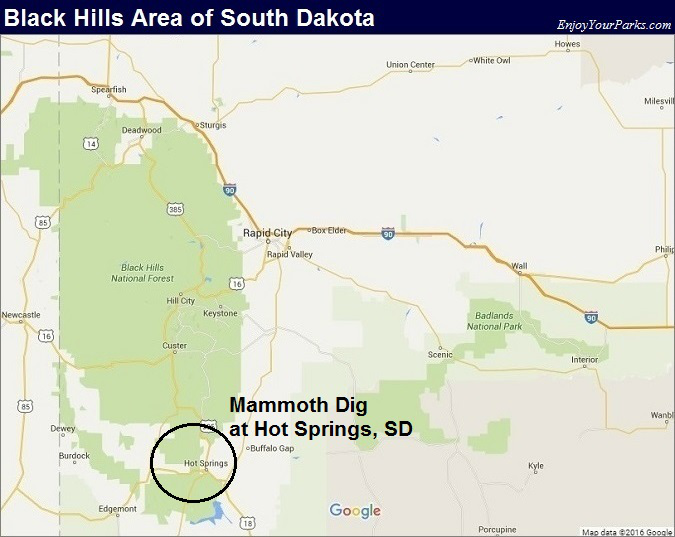 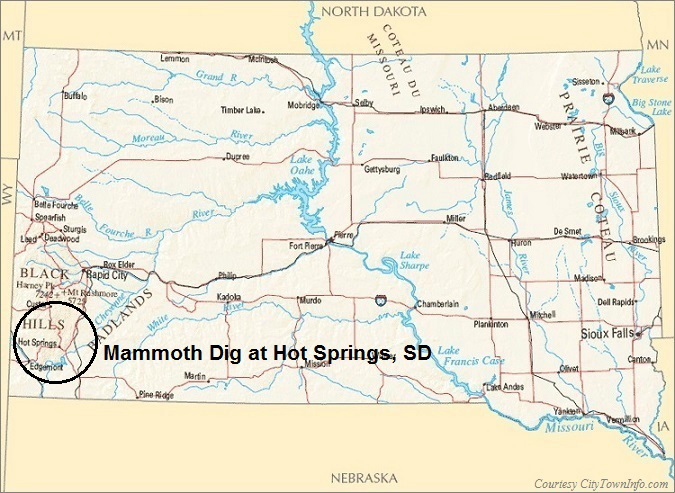