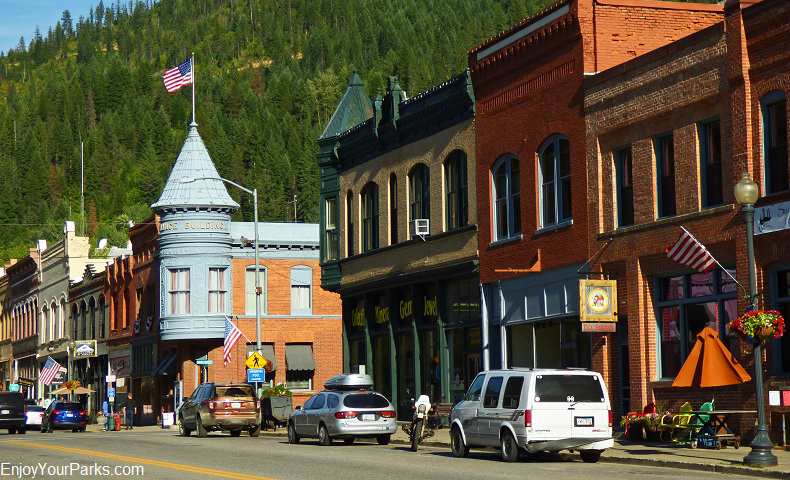 "Center of the Universe" 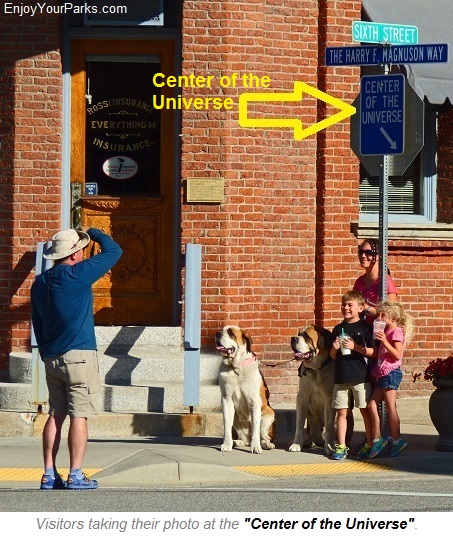 In 2004, the City of Wallace Idaho was declared the "Center of the Universe by the mayor of Wallace. Why?  Well, the town felt that if something can't be disproven, then it might as well be true.  There is a manhole cover at the corner of Sixth Street and Bank Street that commemorates the precise location of the "Center of the Universe", as well as several street signs pointing to it.  These street signs just might be the most photographed street signs in America.

Wallace Idaho was born from the discovery of silver and gold.  In 1884 Colonel W.R. Wallace purchased and developed 80 acres of land which became the city of Wallace.

Within 3 years of Colonels Wallace's purchase, Downtown Wallace was a booming and bustling area with businesses thriving as the silver mines were producing incredible amounts of ore.  Prospectors, miners and merchants soon made Wallace a classic Wild West Town, and with that all the history and stories that come with that.  Over 1.2 billion ounces of silver have been mined since 1884, and hard rock silver mining is still alive and well today in the Wallace area.  Today Wallace is a popular tourist destination due to its many historical buildings, shopping, dining, lodging and the numerous museum that capture the history of this remarkable place. 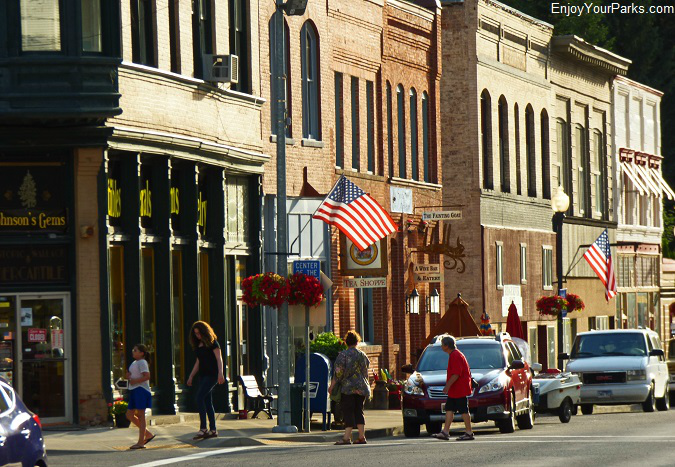 The entire main street of Wallace Idaho is listed on the National Register of Historic Places. 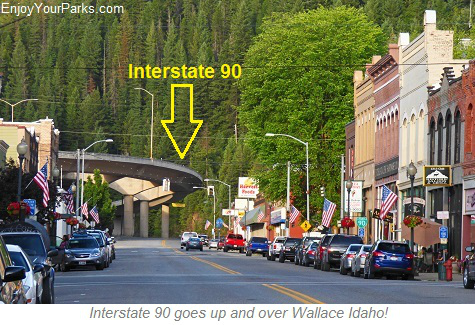 Wallace Idaho lies in a long, narrow valley along Interstate 90 between the Montana-Idaho border and the town of Coeur d'Alene Idaho.  Because of this narrow valley, there was no room for the interstate to work its was around Wallace, so Interstate 90 would briefly "end", and every single vehicle on this busy highway would literally have to drive down the main street of Wallace Idaho before entering the freeway once again on the other side of town!  In fact, there was a world famous traffic light which was haled as the only traffic light between the east and west coast along Interstate 90. This funneling of traffic through the main street of Wallace was of course wonderful for the local businesses.

However in 1970 Wallace was forced into a fight for survival as the Federal Highway Administration planned to literally build the Interstate through the center of Wallace, which meant bulldozing down many historical buildings that was in its path.

A gentleman by the name of Harry F. Magnuson lead the charge to fight these plans in court battle after court battle, where he used the recently passed National Environmental Policy Act of 1970.   Magnuson tied up the FHA in the courts for over 17 years, and in 1979 he achieved exactly what Wallace needed to save itself:  The entire downtown of Wallace Idaho was officially placed on the National Register of Historic Places.  With this turn of events, the FHA decided to go OVER the town of Wallace Idaho instead of bulldozing through it!  Fortunately, there are freeway exits on each end of town for travellers on Interstate 90 to leave the freeway and visit the historic town of Wallace before heading on their way once again on the freeway. 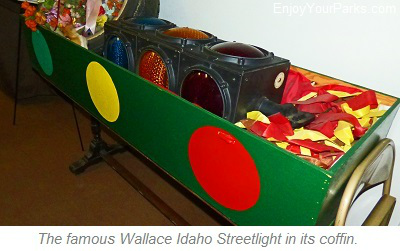 Remember we told you about the famous street light that was the only street light between the East and West Coast along Interstate 80?  Well, when the Interstate was built literally over the town, there was no more need for this street light, so the town of Wallace gave it an official burial... in a coffin!  This street light...laying in its coffin, is found in one of the local museums located on main street.  This is but one of the many, many colorful stories that make Wallace the wonderful place that it is. 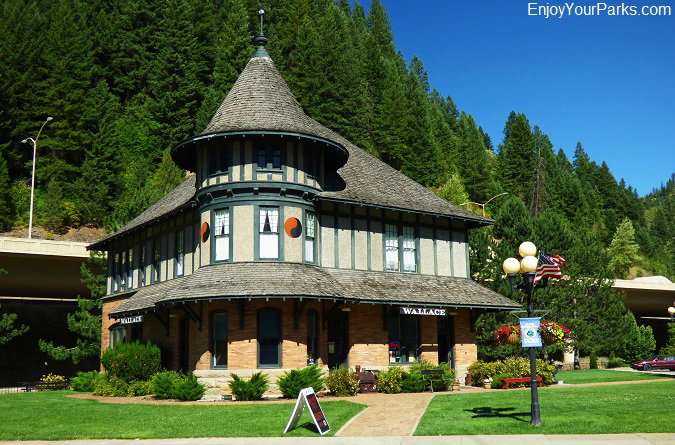 Restored 1901 Northern Pacific Depot is a wonderful museum to explore in Wallace Idaho. 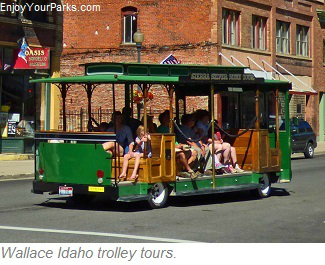 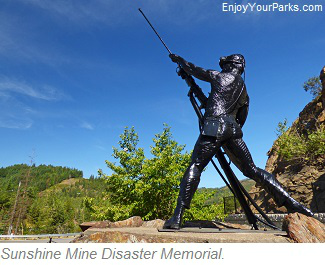 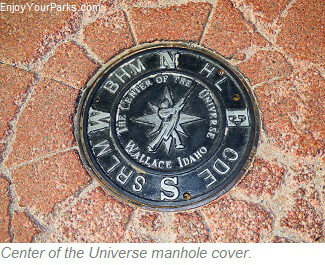 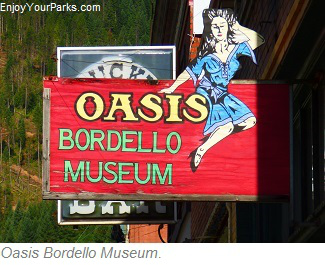 Wallace was a classic Wild West town, which of course included saloons and brothels.  Well, the Oasis Bordello was a brothel that began in the Old West Days, and never ended up closing up shop until 1988!!!

This famous brothel stayed quite busy all through the Interstate 90 freeway days, and is now a museum that preserved the essence of this historic "business". 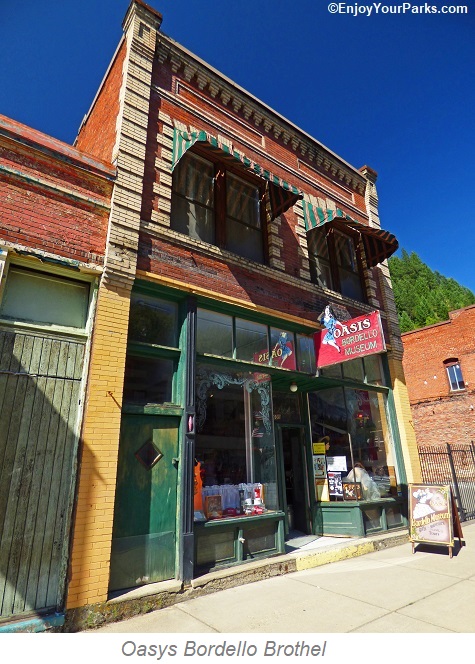 If you are interested in Western history, and you're fascinated by the stories and lore of classic Wild West towns, then you will fall in love with Wallace Idaho.

There are so many historical buildings throughout the town, and there are several outstanding museums that showcase the colorful history of the area, that you will soon get a solid understanding of all that went on here for the past 125 years.

Fascinating tours are available that take visitors around Wallace, as well as tours of some of the famous mining areas that are really worth your while.  We really enjoy Wallace Idaho, and we are confident you will too! 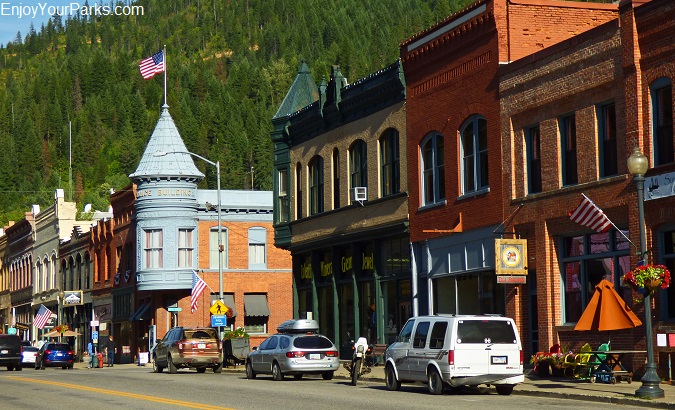 Idaho Home Page       Top Things To Do In Idaho 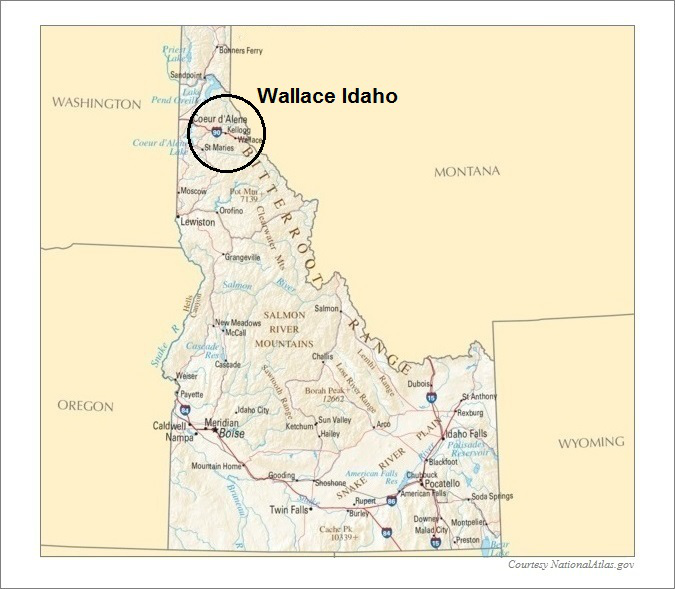