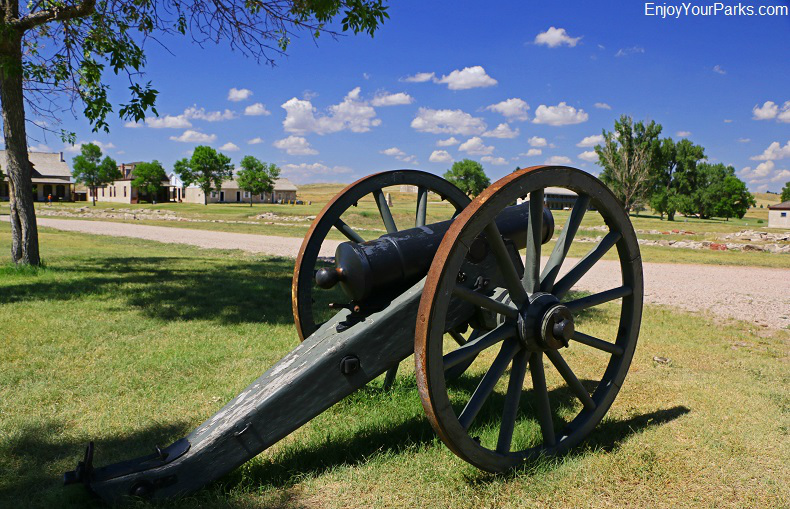 "Located at the Crossroads of a Nation Moving West" 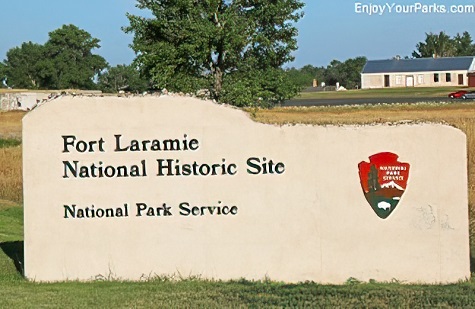 Established originally as a private fur trading post in 1834, Fort Laramie became the first garrisoned post
in the state of Wyoming.

Not only was Fort Laramie a vitally important post that serviced pioneers who were heading west along the Oregon Trail, Mormon Trail and California Trail, but Fort Laramie was also an important military post during the Indian Wars.

Fort Laramie evolved from a private fur trading post into the largest and most recognized military post on the Northern Plains.  Known as the "Grand Old Post", the historic Fort Laramie was witness to the unfolding of the Great American West, including the Indian resistance to this expansion.  It was truly located at the crossroads of a nation moving west! 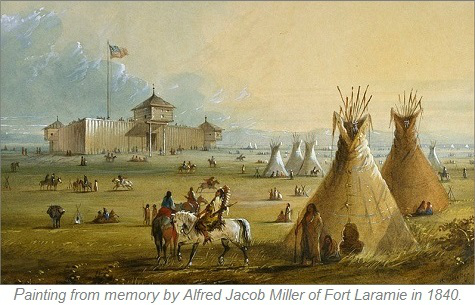 In 1815, a French trapper by the name of Jacques La Ramee, along with a small band of trappers, settled in the area which in time became Fort Laramie.  Then in 1819, Jacques La Ramee set out alone
one fine day, and was never seen alive again.  Arapahoe Indians were blamed for his disappearance... and subsequently placing his body inside a beaver dam.

The river was named "Laramie" to honor Jacques La Ramee, and later the surrounding mountains were named "Laramie Mountains" to further honor him...as well in time Fort Laramie and the town of Laramie Wyoming.

Located at the confluence of the North Platte River and Laramie River in the Upper Platte River Valley, Fort Laramie was founded in the 1830s to provide service for the area's thriving fur trading industry. Originally called Fort William because of it's founder William Sublette, the first structures were built in 1834.  Then in 1841, the fort was purchased by the American Fur Company, and was renamed Fort John, after John Sarpy, a partner in the American Fur Company 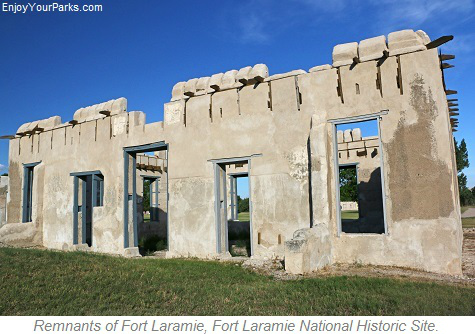 who acquired the property. Eight years later, in 1849, the United States Army took over operations to help protect the hundreds of wagon trains of pioneers who were heading west, traveling along the Oregon Trail.

Strategic Location
And due to the strategic location of the fort, it also served major split offs of the California Trail and Mormon Trail because it rested at the bottom of a long climb that lead to the most optimal and lowest crossing point along the Oregon Trail.   This ascent was one of the only a handful of roadways that were capable of being navigated with wagons that allowed passage  up into the "High Plains" and eventually over the Continental Divide. There was also a large grazing area for animals prior to the ascent for the stock to rest up and strengthen before the strenuous trek onto the "High Plains".  Due to it's perfect location, this trading post became one of the most significant economic hubs west of the Mississippi. 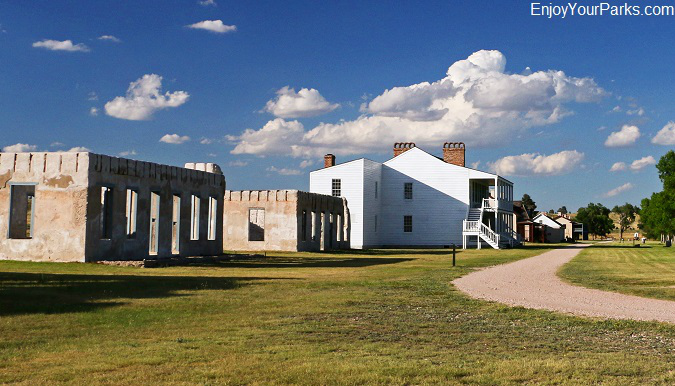 Interesting to note is that in 1845, Fort Bernard was established only about 8 miles down from Fort Laramie along the North Platte River with the hopes of getting a piece of the business from the ever growing trade business with the wagon trails heading west. Fort Bernard would often undersell the Fort Laramie operations, and was quite successful.  But fortunately for Fort Laramie, Fort Bernard burnt to the ground in 1866 and was never rebuilt. (The cause of the fire was never definitively determined.) 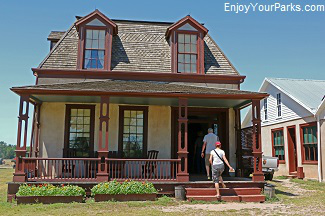 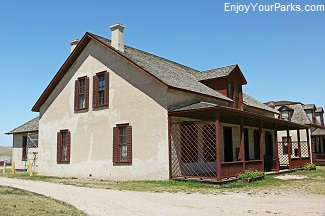 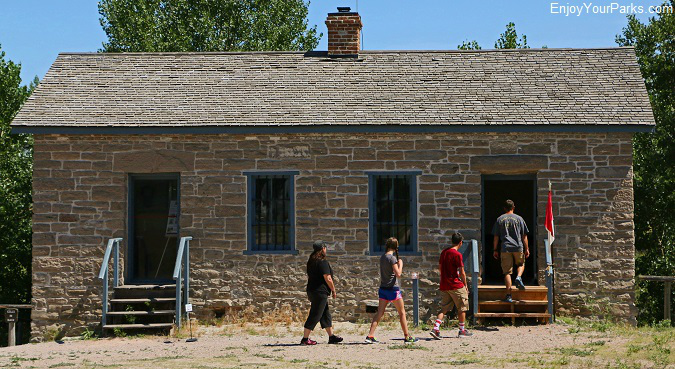 Fort Laramie "Saw It All" 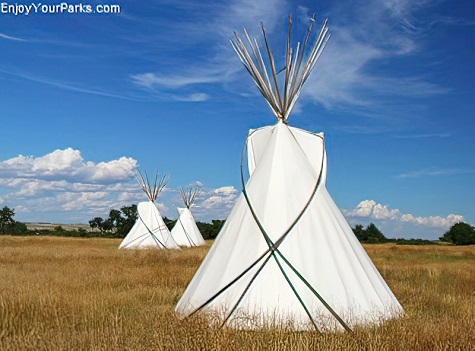 Through this incredible era of the Great American West expansion via wagon trains, Fort Laramie was a part of it all....including several gold rushes, the Civil War years where most of the army left to fight in the war, the great Bozeman War of 1866-68 involving Red Cloud, as well as the Great Sioux War of 1876-77 which involved major conflicts with the Lakota and Northern Cheyenne. 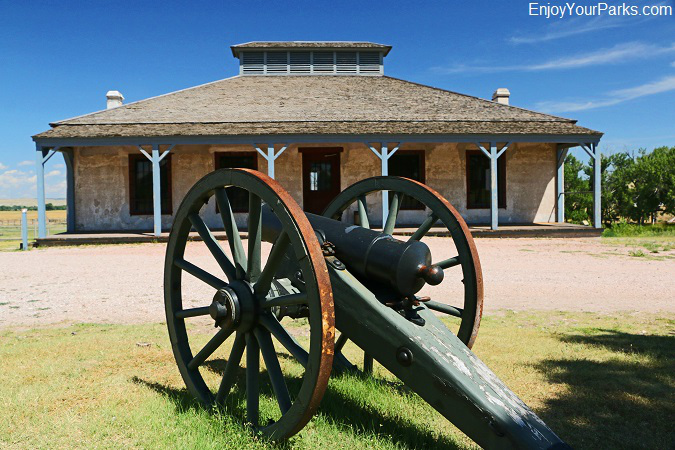 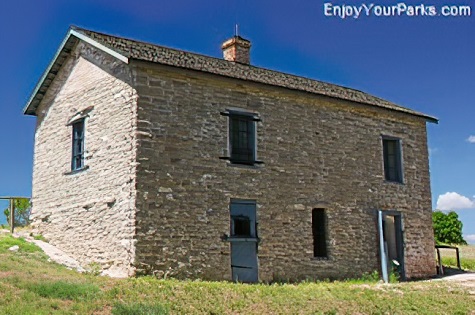 The NPS identifies 36 significant physical remains that provides the adequate background for the what occurred here during the Westward Expansion... including the people associated with its history. Included among the 36 remains are 13 standing buildings, several building foundations, and 11 standing ruins.

Fort Laramie National Historic Site provides an amazing look into the past during some of the most important years as America moved west, and is definitely a "must see" while vacationing in Wyoming. 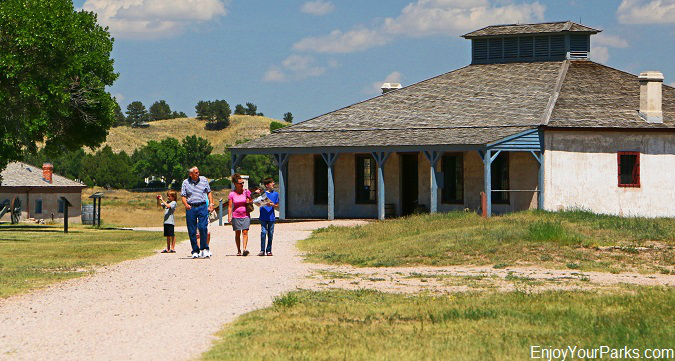 If you like watersports, you'll love the Bighorn Canyon National Recreation Area. 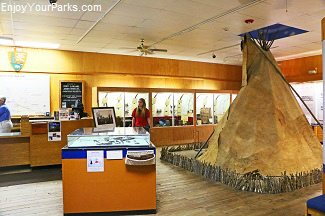 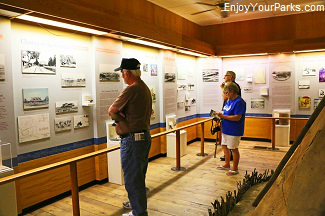 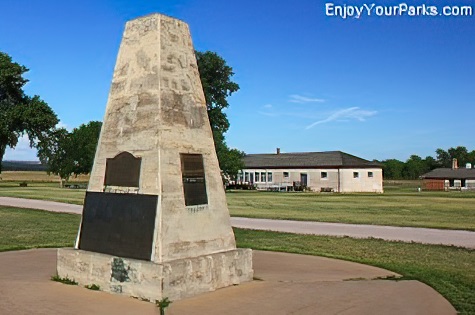 The Fort Laramie National Historic Site is open year round, but the Visitor Center is closed only on Thanksgiving, Christmas and New Year's Day. Located in the restored 1884 Commissary Storehouse, the Visitor Center is a great place to start your adventure.  You can watch a fascinating 18 minute film, and then stroll through the museum and then onto the 12 restored buildings from 1849 to the 1880s. There are also numerous ruins found throughout the grounds that you can explore.  You will see staff members throughout your adventure, dressed in period clothing, which really brings the history alive. There are also morning and afternoon guided tours provided for its visitors.  We recommend that you give yourself at least 2 hours to truly take it all in. 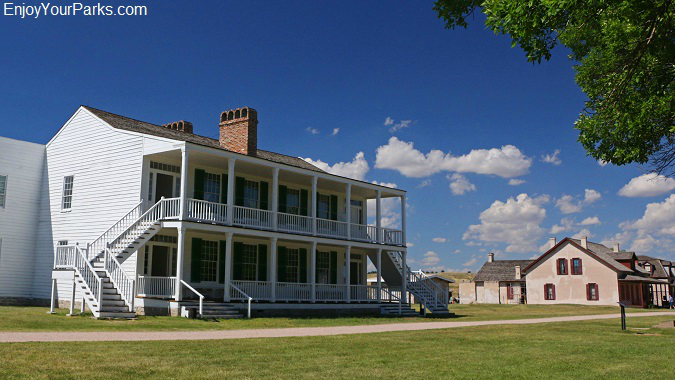 There is no lodging or camping at Fort Laramie National Historic Site, but there is RV and camping available in the nearby town of Fort Laramie and nearby Guernsey State Park.  There is lodging found in both the town of Torrington and Guernsey, as well as several restaurants. 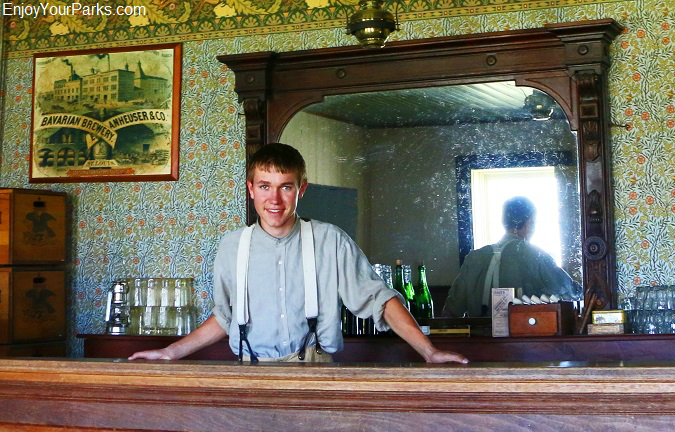 The Historic Town of Fort Laramie

Next to the Fort Laramie National Historic Site is the historic town of Fort Laramie, which is known as "Wyoming's First Settlement".  This is a fun town to spend time in... there is an old trading post, antique shops, historic buildings, places to eat and more.  There is also RV and trailer camping available here. It's a great place to visit during your time in the Fort Laramie Area. 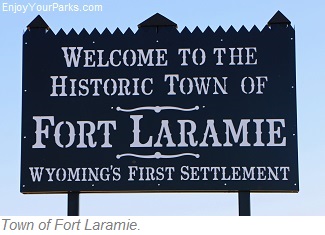 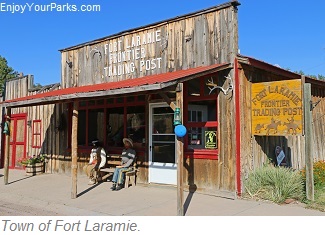 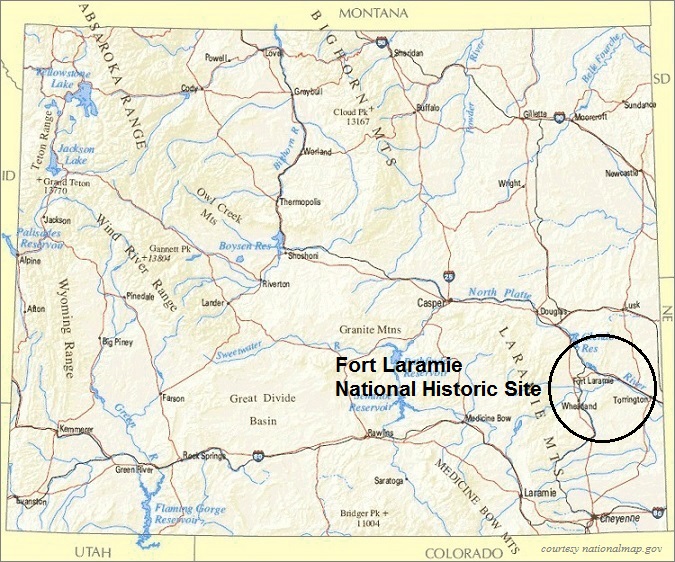